In the previous article we looked at the 8th letter of the apostle Paul to the Romans, the symbolism of the man who hung on the cross next to Jesus, applied to himself. In a letter to the Galatians, Paul looks how he hung with Christ to the pole and still lives (Galatians 2:20). 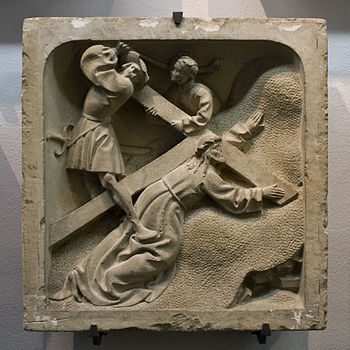 A little later in the same letter to the Galatians, Paul writes that Christ must get his followers “formed” (Gal. 4:19). We must live as Christ would have done in our place. And we must believe that we therefore will be retained on the basis of Jesus’ sacrifice. Elsewhere in the letter he calls this righteousness by faith. Whom would have kept the law as a whole, should be righteous before God. But outside of Jesus is there nobody who succeeded to live according to God’s strict standards. Nobody is able to succeed. So are all, according to the strict standards of the law, unjust. But now God has given another opportunity to be “just”: through faith in Jesus Christ.
That is not justice according to the law, but God declares people righteous who meet the above four conditions. Scripture calls this “justified”, that is, declared righteous before God’s tribunal acquitted of guilt.
In his letter to the Galatians, Paul talks about man’s justification not by works of the law, but by coming through faith in Jesus Christ.

A little further on he says:

Galatians 3:8 The Scriptures 1998+  (8)  And the Scripture, having foreseen that Elohim would declare right the nations by belief, announced the Good News to  Aḇraham beforehand, saying, “All the nations shall be blessed in you,”

Galatians 3:16-18 The Scriptures 1998+  (16)  But the promises were spoken to Aḇraham, and to his Seed. He does not say, “And to seeds,” as of many, but as of one, “And to your Seed,” who is Messiah.  (17)  Now this I say, Torah, that came four hundred and thirty years later, does not annul a covenant previously confirmed by Elohim in Messiah, so as to do away with the promise.  (18)  For if the inheritance is by Torah, it is no longer by promise, but Elohim gave it to Aḇraham through a promise.

In this context, he uses a striking image. The law, he says, was a “schoolmaster” “monitor” “guardian” or “trainer”:

Galatians 3:24-25 The Scriptures 1998+  (24)  Therefore the Torah became our trainer unto Messiah, in order to be declared right by belief.  (25)  And after belief has come, we are no longer under a trainer.

That schoolmaster could be a guardian or pedagogue to bring us unto Christ.

Schoolmaster (Gr .: Paedagogus, a “teacher”) was a special servant who was responsible for the education of children of wealthy parents. He had to teach them rules and ensure that they were trained. Likewise, we are raising kids with rules. We desire eg.  that they are at home in time by night, in the hope that once they become adults, do not spend whole nights on the street or in the pub. 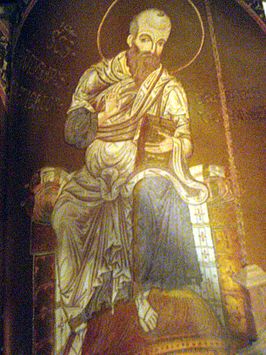 The writer to the Galatians, Romans and Hebrews, the apostle Paul, who explained that salvation is offered through the gospel of Jesus Christ

In his letter to the Romans (which topics are further developed in Galatians, such as a painting can be an elaboration of a pencil sketch) Paul says:

In Galatians (3: 8) he argues that this is the real fulfilment of the promises to Abraham and that therefore with these promises actually “the gospel was preached to Abraham.” Perhaps unnecessarily, it reiterated that “faith in Christ” comes down to what is said above, and that it not only is a vague emotional feeling. But who fulfils the condition of ‘faith’ (actually meets the four conditions mentioned above) is also fully justified.

Paul writes to the Colossians that if we believe, that then ‘erases’ ‘the evidence’ from our sins. He uses a word that refers to the erasure of the text on a writing tablet. Normally a retailer or another creditor made a large cross over a bill that had been met. The Greek word for this is chiazo derived from the Greek letter ‘chi’, which is about as written as our x, but bigger (c). But the word that Paul uses is exaleipho that means erase or, superlative destroy. If a person is justified by faith in Christ, there is no trace of evidence about that still recalls his past sins or, if he asks for forgiveness over and over again, of his later sins.

Handwriting. Book in Arabic script, about faith and the sources and foundations of Islam (Photo credit: Wikipedia)

And thus we come to a fundamental point of biblical teaching. In all other religions and human wisdom man must be blameless (also in the other monotheistic religion: Islam), otherwise he fails. But who draws his faith on justification through Christ may fail! Provided he does his sincere effort to follow Christ, he has nothing to fear, though he would stumble over again. In the Gospels we read:

Redemption #7 Christ alive in the faithful