“14 And as Moses lifted up the serpent in the wilderness, even so must the Son of man be lifted up; 15 that whosoever believeth may in him have eternal life.” (John 3:14-15 ASV)

Jesus refers to an event during the desert journey of the people of Israel. The people had sinned once again and God punished them by poisonous snakes (Num. 21: 4-9).

“4 And they journeyed from mount Hor by the way to the Red Sea, to compass the land of Edom: and the soul of the people was much discouraged because of the way. 5 And the people spake against God, and against Moses, Wherefore have ye brought us up out of Egypt to die in the wilderness? for there is no bread, and there is no water; and our soul loatheth this light bread. 6 And Jehovah sent fiery serpents among the people, and they bit the people; and much people of Israel died. 7 And the people came to Moses, and said, We have sinned, because we have spoken against Jehovah, and against thee; pray unto Jehovah, that he take away the serpents from us. And Moses prayed for the people. 8 And Jehovah said unto Moses, Make thee a fiery serpent, and set it upon a standard: and it shall come to pass, that every one that is bitten, when he seeth it, shall live. 9 And Moses made a serpent of brass, and set it upon the standard: and it came to pass, that if a serpent had bitten any man, when he looked unto the serpent of brass, he lived.” (Numbers 21:4-9 ASV)

When the people then confessed their sin, God commanded Moses to make a bronze image of such a snake and to put in on a pole.

“And who, if a serpent had bitten him looked on the bronze serpent, he lived” (vs. 9).

When we realize that in the Bible, since the transgression in the Garden of Eden, the snake is a symbol for sin, the symbolism is clear. Jesus represents the sin that is slain on the cross. He himself was without sin, but:

“Him who knew no sin he made [to be] sin on our behalf; that we might become the righteousness of God in him.” (2 Corinthians 5:21 ASV)

God made Jesus to be victim of sin, that we might become the righteousness of God in Him. Who confesses his sin and acknowledges that really it is not the sinless Jesus, but he who should be hanging there, is saved from death. But it also requires faith that God will fulfil that too. The conditions are thus:

That’s exactly what one man did who was crucified with Jesus (see Lk. 23). He confessed his sin when he said to the other hanging criminal:

“We have received the same sentence, and deservedly.”

He looked up at Jesus on the cross next to him and appealed to him:

“Remember me when you come into your Kingdom.”

And he showed an awesome faith, for Jesus’ disciples had abandoned him. They had given up all hope and expressed their disappointment after it as follows:

“However, we had hoped that he was the one who would redeem Israel.”

Apparently they had come to the conclusion that Jesus was not the Messiah to come, now that he went to his death on the cross. But this man was firmly convinced that the man who hung dying on the cross next to him, would be the future King of the World  and would be able then to do anything for him. As only one he firmly believed in Jesus’ resurrection (for the Resurrection Chapter 10), and he also believed that Jesus would be able to give him new life. 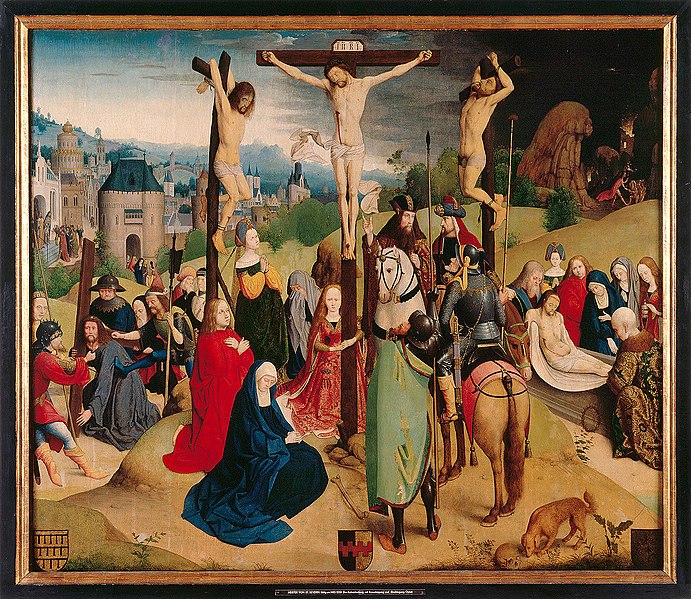 Next: Redemption #7 Christ alive in the faithful